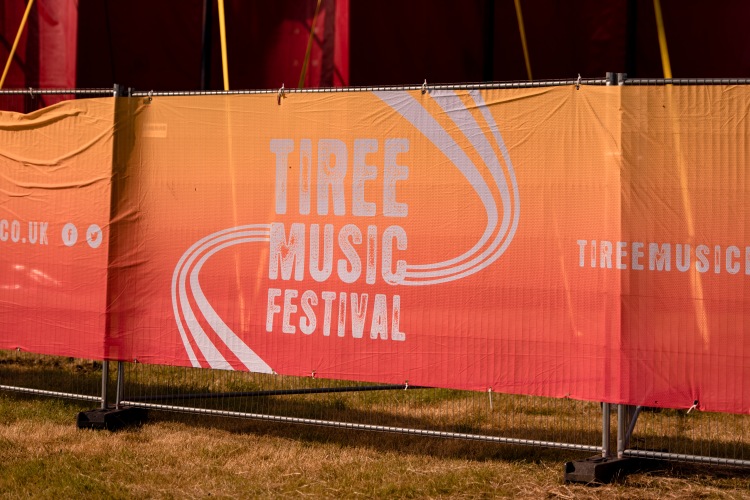 One of Scotland’s best kept secret destinations and often described as the ‘Hawaii of the North’, Tiree is one of the most breathtaking locations in the world. Sitting west of Oban, this beautiful isle along with its neighbouring island, Coll, receive more sunshine than anywhere in the UK.

Also home to Tiree Music Festival, the island is a haven for Scottish traditional music, supporting both new and established bands from all around Scotland.

As far as festival backdrops go, few could be more spectacular than the island of Tiree. With its stunning white sand beaches, turquoise sea, famous year long surf, deserted roads lined with lush greenery and wild flowers, it not only makes this venue one of the most remote in Scotland but one of the most beautiful. It’s easy to see why it has become a favourite for festival goers each year.

The award-winning festival was established in 2010 by two locals, one of which also founded local band, Skerryvore, who had a vision of sharing the magic and beauty of Tiree with visitors from all over the world. TMF is a family-friendly festival, welcoming 2,000 people every year and incorporates a creative programme for all ages, including workshops, sport, music and culture.

Festival revellers can enjoy a series of fringe events throughout the weekend, where you’ll find something for everyone; from whisky tastings and yoga sessions to Gaelic lessons and skills workshops all set amidst Tiree’s stunning coastal scenery. 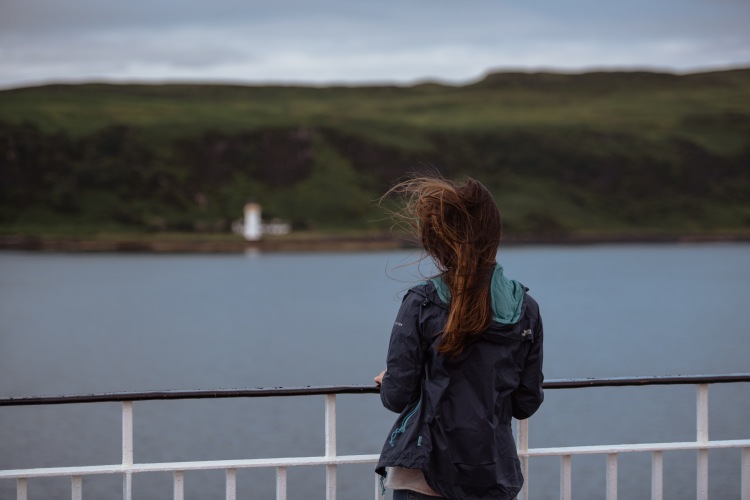 Celebrating its 10th birthday last year, early bird tickets sold out in just fifty-two minutes. The line up included artists such as Sandi Thom, Jill Jackson and The Tumbling Souls along with some of my favourite bands; Skerryvore, Niteworks, Tide Lines, Manran and Trail West. You can view the full 2019 line up here.

We spent the night before the festival in Oban at the Premier Inn as the island adventure begins in Oban harbour with Calmac at 6:15 am, for a four hour long journey of dancing, drinking and some of the best music Scotland has to offer.

Docking into Gott Bay, you are immediately welcomed by, arguably some of the most stunning beaches and crystal clear, turquoise waters. Inhaling the crisp, salty air, you can already feel the buzz and excitement Tiree has to offer. Having only been two minutes on the island, and not even reached the end of the pier, we all agreed we were definitely coming back. 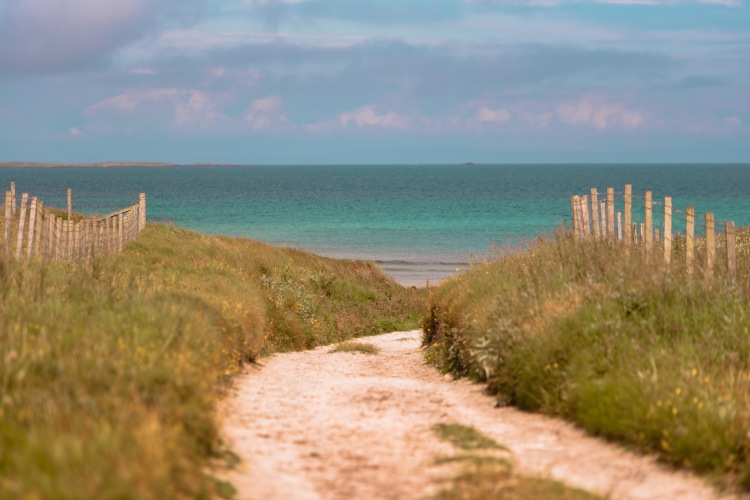 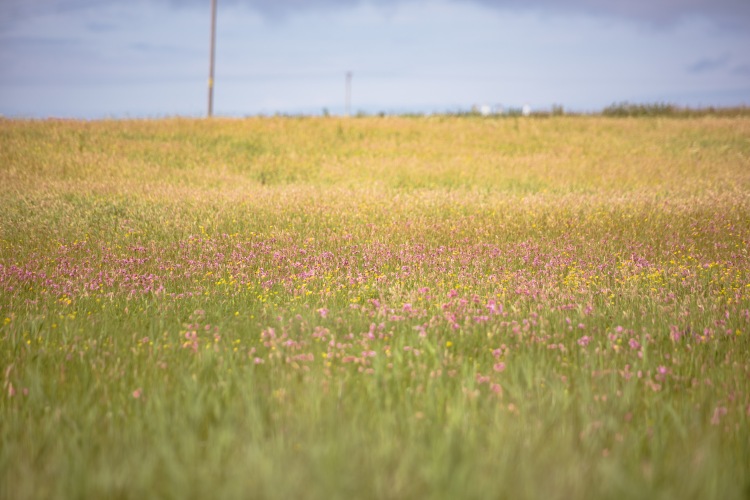 From the ferry terminal, it’s around an hours walk to the festival site, so it’s best to hop on the TMF shuttle bus which is £8 (return). Alternatively, I’d recommend bringing your car or bike to the island as transport is fairly limited and there’s so much to see and do. Car hire is available from Maclennan Motors and hire bikes from Tiree Fitness.

The festival site itself and arena are sandwiched between two picture perfect beaches, with the family and glamping areas a short walk away looking onto the stunning white sands of Crossapol Bay.

However, if you prefer your beauty sleep then I would opt for the Balinoe campsite. Offering just 20 pitches, it’s a further 30 minutes away from the festival arena, which is where we opted to stay – I can’t recommend it enough. The initial attraction was the range of indoor facilities they offered including; cooker, fridge, kettle, hot shower and toilet facilities, however, the welcome and service we received made it even more special.

The owner, William, greeted us on arrival and couldn’t have done enough for us. He told us all the must-see spots around the island and tips for making the most out of our weekend. The staff on the campsite were also really friendly and made us feel welcome, even helping us get around the island for the times we needed a car.

They also offer a variety of water sports you can book with Wild Diamond, also owned by William and his wife, Kirsty. Between them, they have over 25 years’ experience in water sports and employ a team of instructors who share their passion, and offer a range of activities including kite surfing, paddle boarding and surfing.

Other activities on the island include; bike hire, sea tours, pony trekking and a variety of hiking trails. 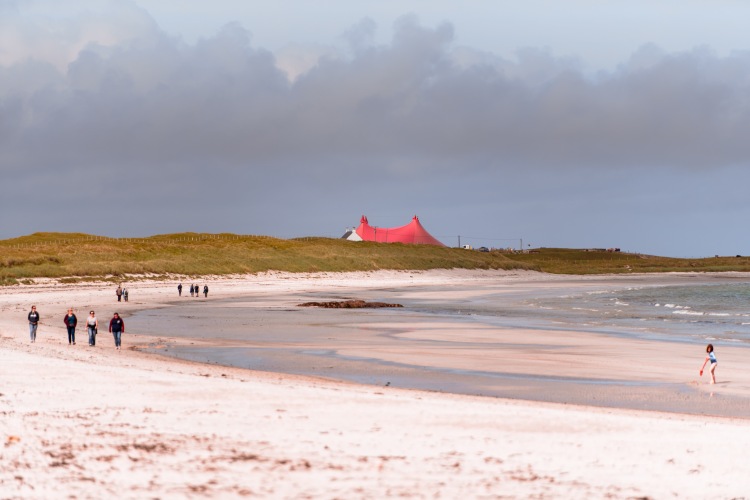 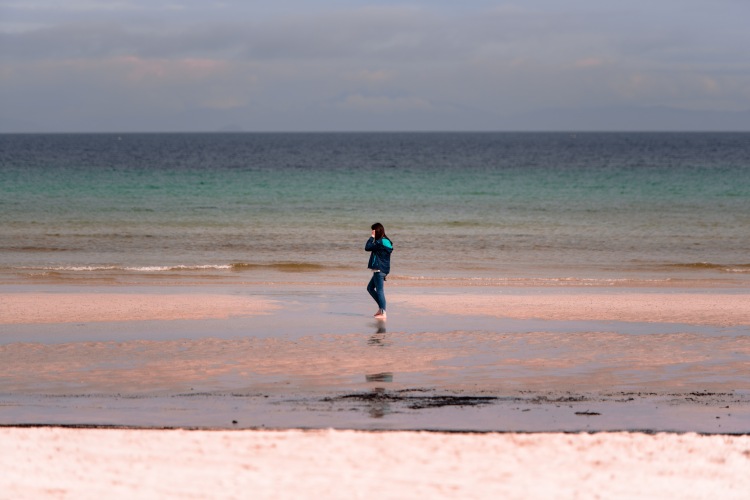 The Balinoe campsite has a beach access route that leads you straight to the festival arena with idyllic views out across the Atlantic. An hour after docking and tents pitched, our toes were sinking into the powdery hebridean sand and the 4 am wake up call seemed like a distant memory. 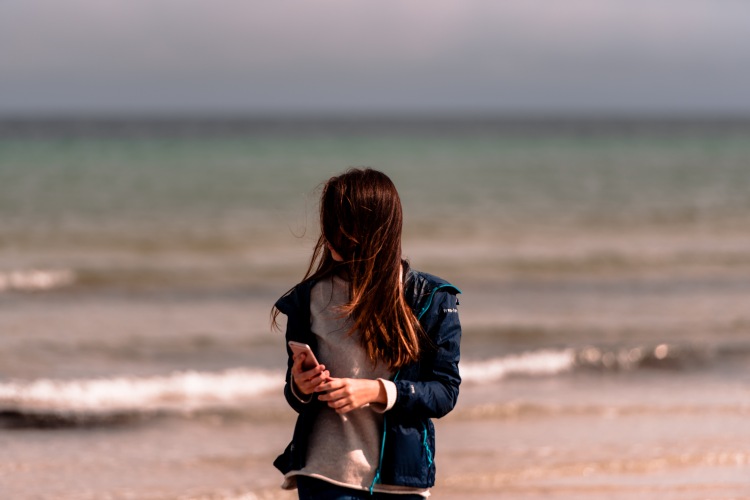 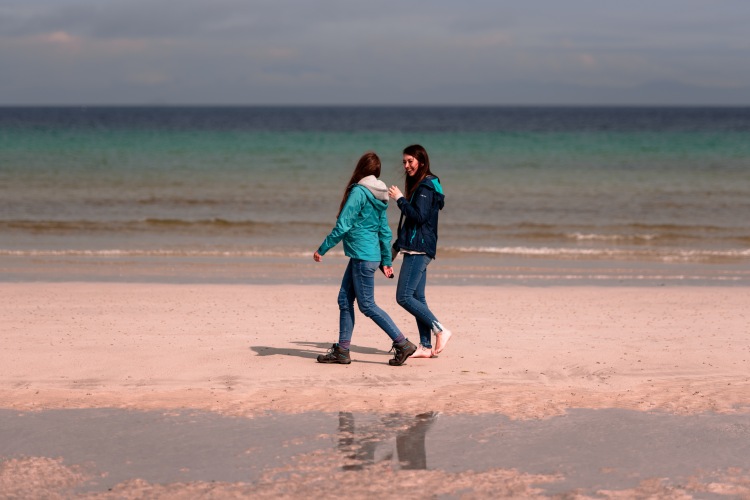 The #TMF10 celebrations kicked off on the Thursday night with a Wild Wild West dress up theme with music from Rhuvaal and party favourites, Jam Sandwich. Bellies rumbling, we found the wood-fire pizza stall and Nom Nam Street Food were a good place to start. Fresh, tasty and good for the soul.

Friday night brought summer vibes front and center with music from Manran and Trail West in the big top tent, and Heron Valley and Callum Beattie on the Elevate stage.

As the sun was setting and crowds began to fill the top tent eagerly awaiting their favourites; we found ourselves in amongst a spontaneous ceilidh… I’ll take that over a mosh pit any day. The atmosphere on Tiree is so friendly and energetic, it’s impossible not to get swept up in it all. 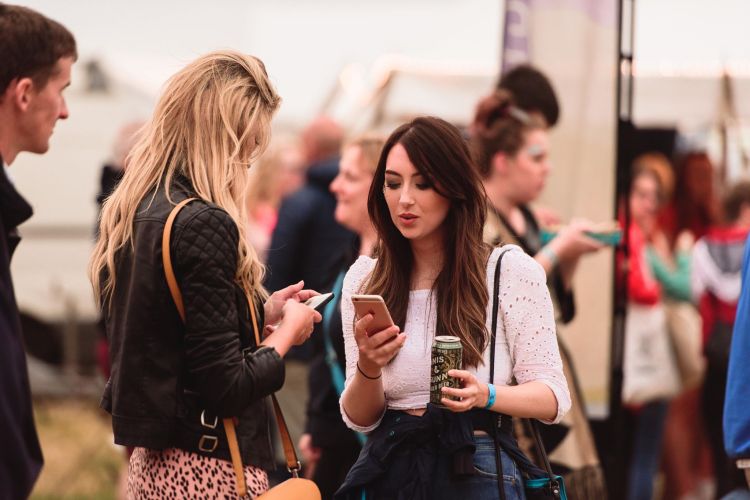 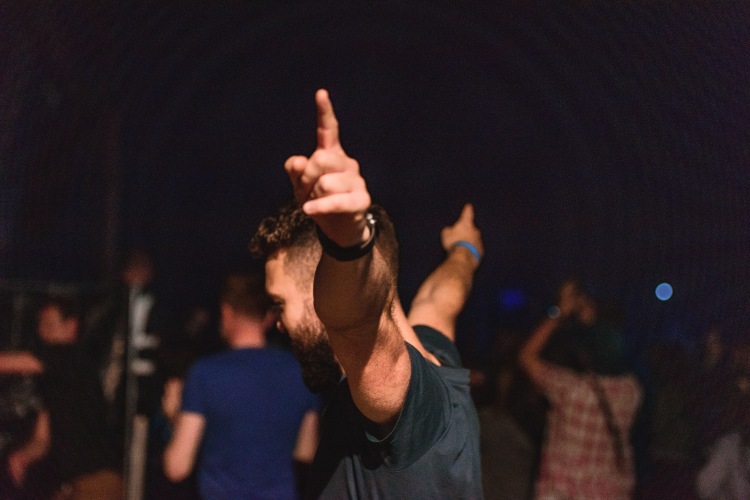 The weekend commenced with an early morning surf lesson with Wild Diamond and in true festival style, a hangover from hell. Although there’s something pretty refreshing about spending your morning in the salty waves with a beach all to yourself, that could easily be mistaken for the Caribbean. Definitely a “pinch me” moment. 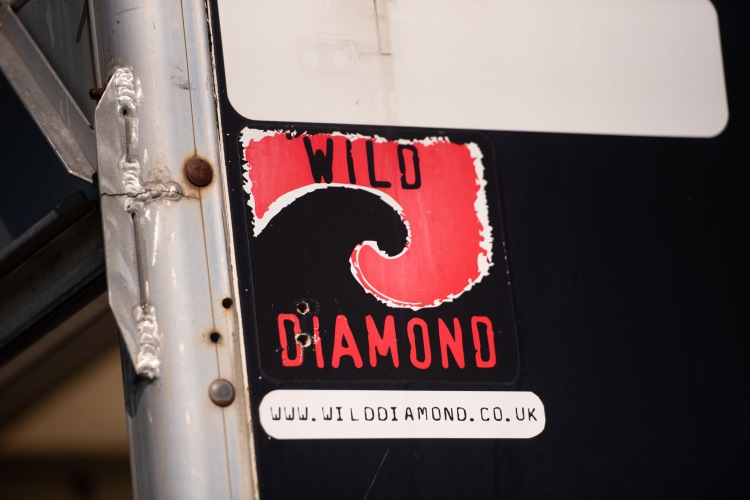 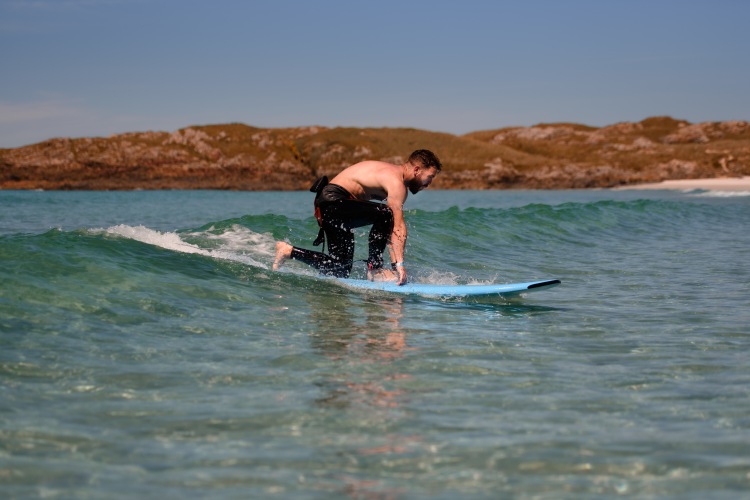 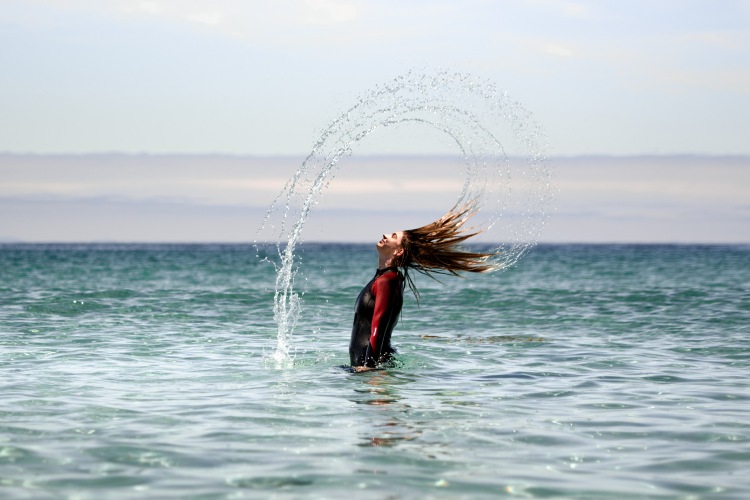 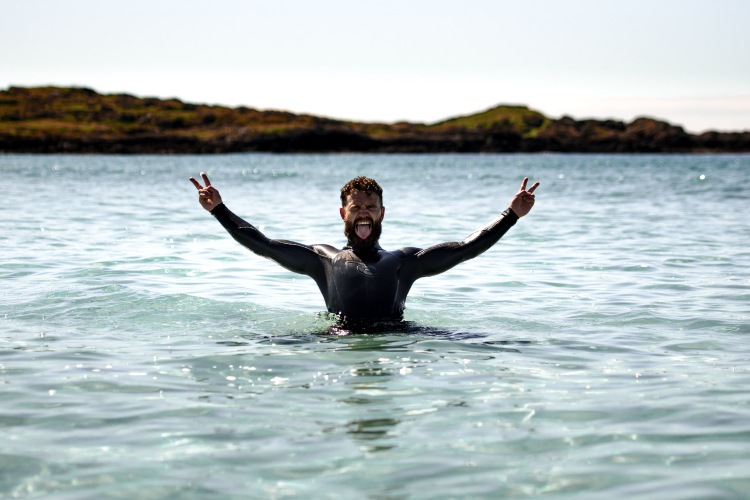 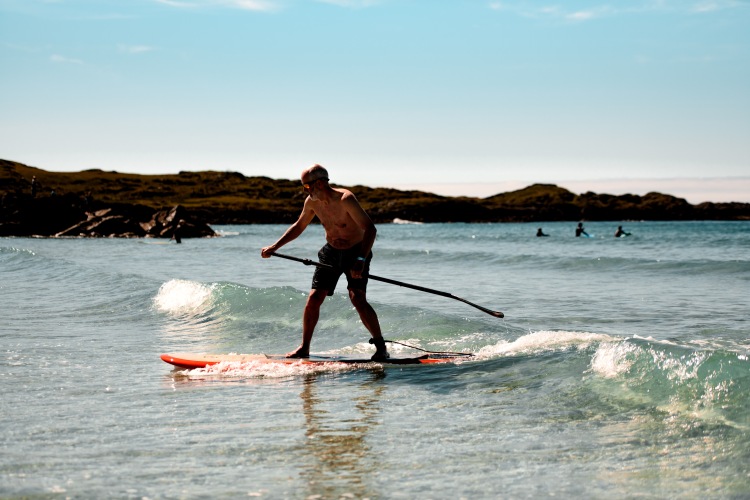 Feeling a little more fresh faced and fed, Saturday night brought us our favourite west coast tunes from Tide Lines and a one off reunion gig from Face the West. Bringing the weekend to an incredible end was Niteworks, Skerryvore and The TMF All Star Ceilidh Band.

There were an array of amazing bands and artists playing throughout the weekend, where all of them raised west coast music to new and ever more energetic heights, ensuring that TMF remains a celebration of this spirit. 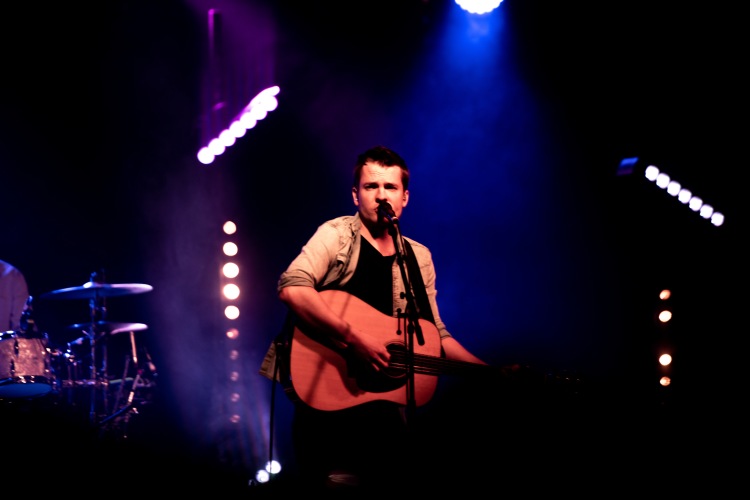 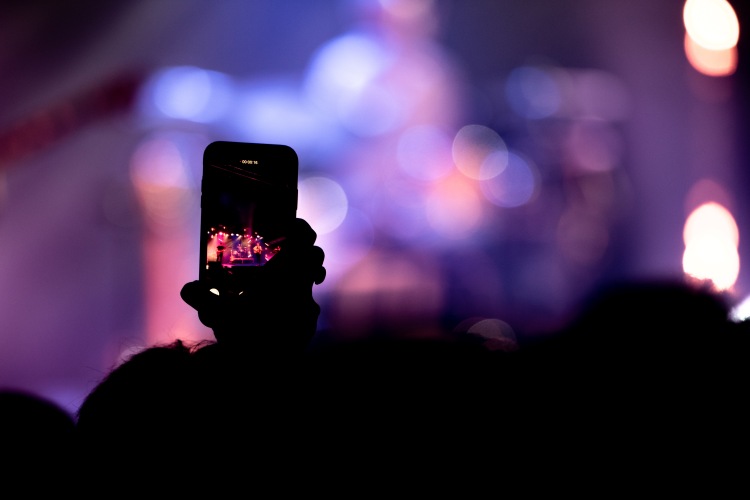 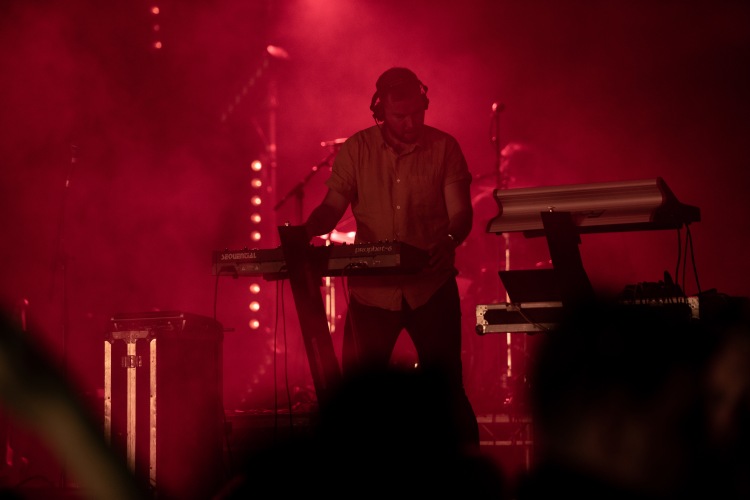 Tiree Music Festival is a fantastic way to immerse yourself in traditional Scottish music and culture.With Gaelic and traditional performers, contemporary Scottish rock and indie artists, plus great camping facilities and loads of family activities, TMF truly has it all. Whether you’re a festival go-er, volunteer, staff or artist you’ll be striking up conversations with everyone and swapping stories on the ferry home.

Our hebridean adventure came to an end on Monday afternoon as we headed back to Oban. With a choice of two ferry times on the Monday, we ‘conveniently’ missed the early one and headed to the local co-op for one last picnic on the beach, desperately clutching on to every second spent on the island. 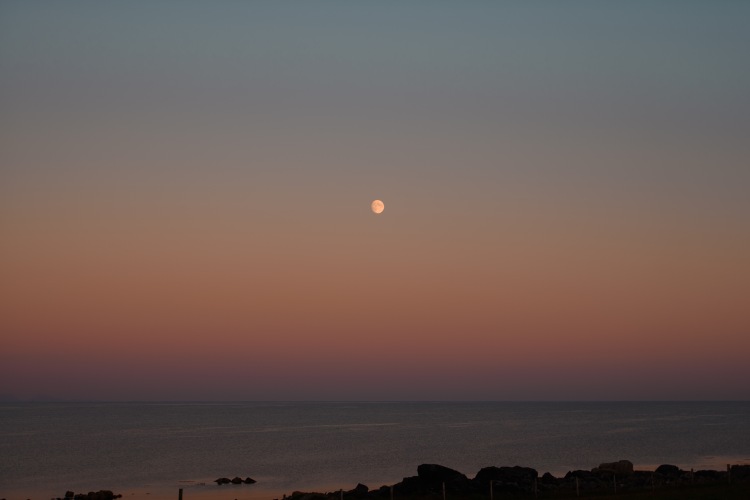 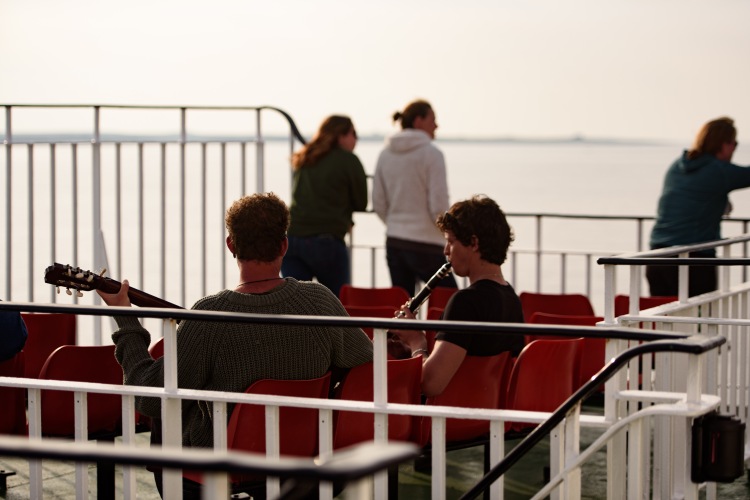 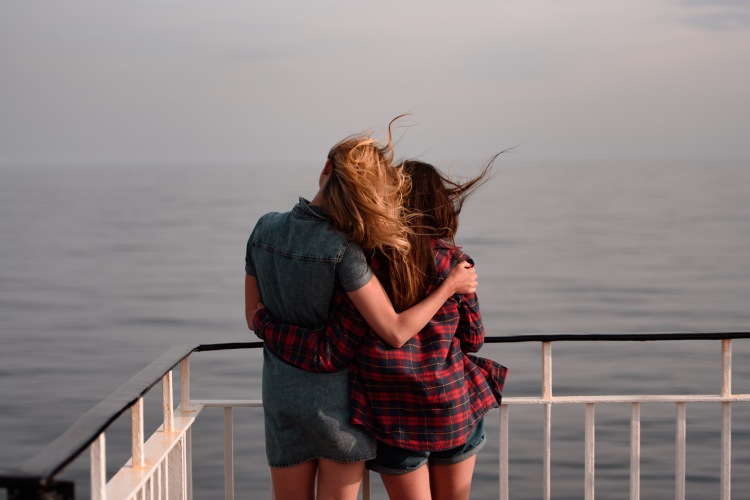 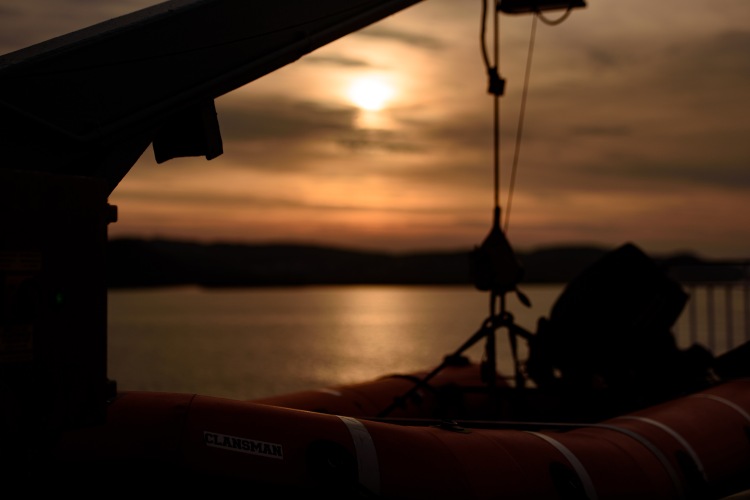 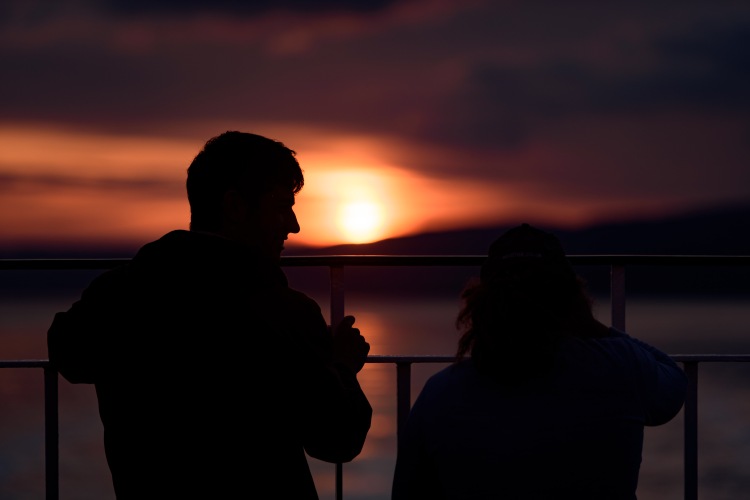 Part of what makes Tiree so special is the charmingly hospitable people keen to encourage their guests to really immerse themselves in island life. Your trip would not be complete without a taste for local life in this Isle where English is often the second language to the native Gaelic.

Check out a few of the wonderful companies on the island;

What to bring to Tiree Music Festival:

Keep up with my latest adventures – A Bonnie Travelers Inside Guide or check out my #TMF10 highlight reel.